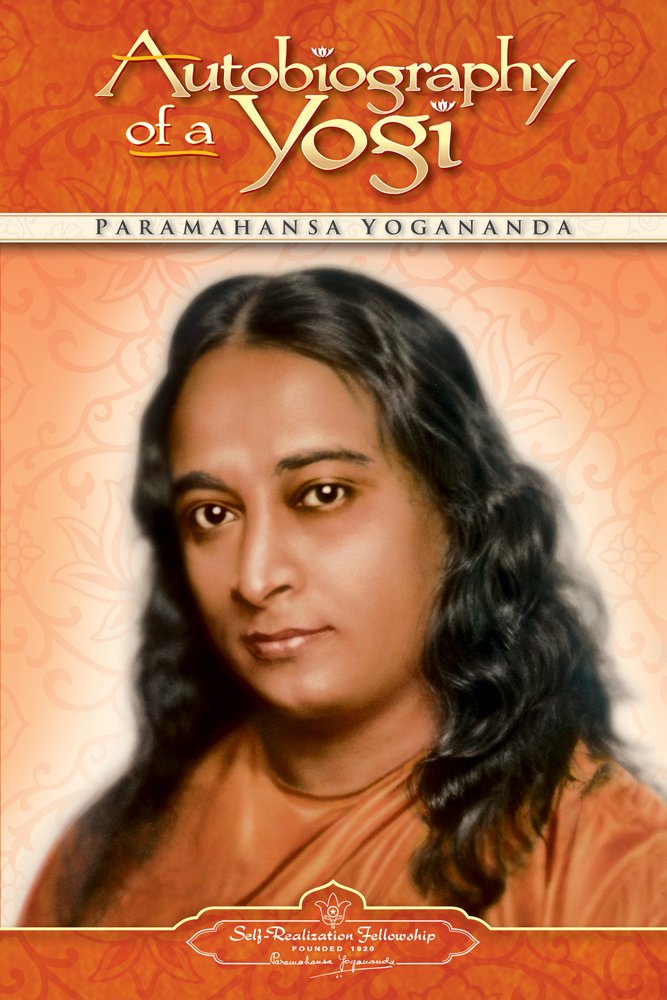 Autobiography of a Yogi by Paramahansa Yogananda

A classic in the world of spirituality, that tells the story of the author’s life from humble beginnings in India to spiritual master and teacher. It chronicles his childhood and tells of the wisdom he acquired on his quest.

Yogananda later on became a teacher in America where he had a big impact. George Harrison said that before he read this book, his life was meaningless; and he was in The Beatles! 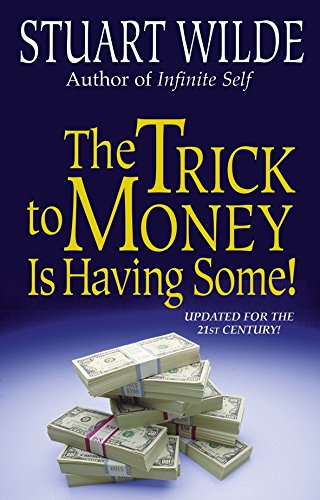 The Trick to Money is Having Some by Stuart Wilde

This is a brilliant book on abundance that completely transformed the way I thought about money and success when I first read it 25 years ago. It taught me that money is an energetic force and becoming successful and abundant is simply a mind shift.

This book more than any other, propelled me into an abundant and successful life that I couldn’t have imagined. Stuart’s quirky humour is great too. 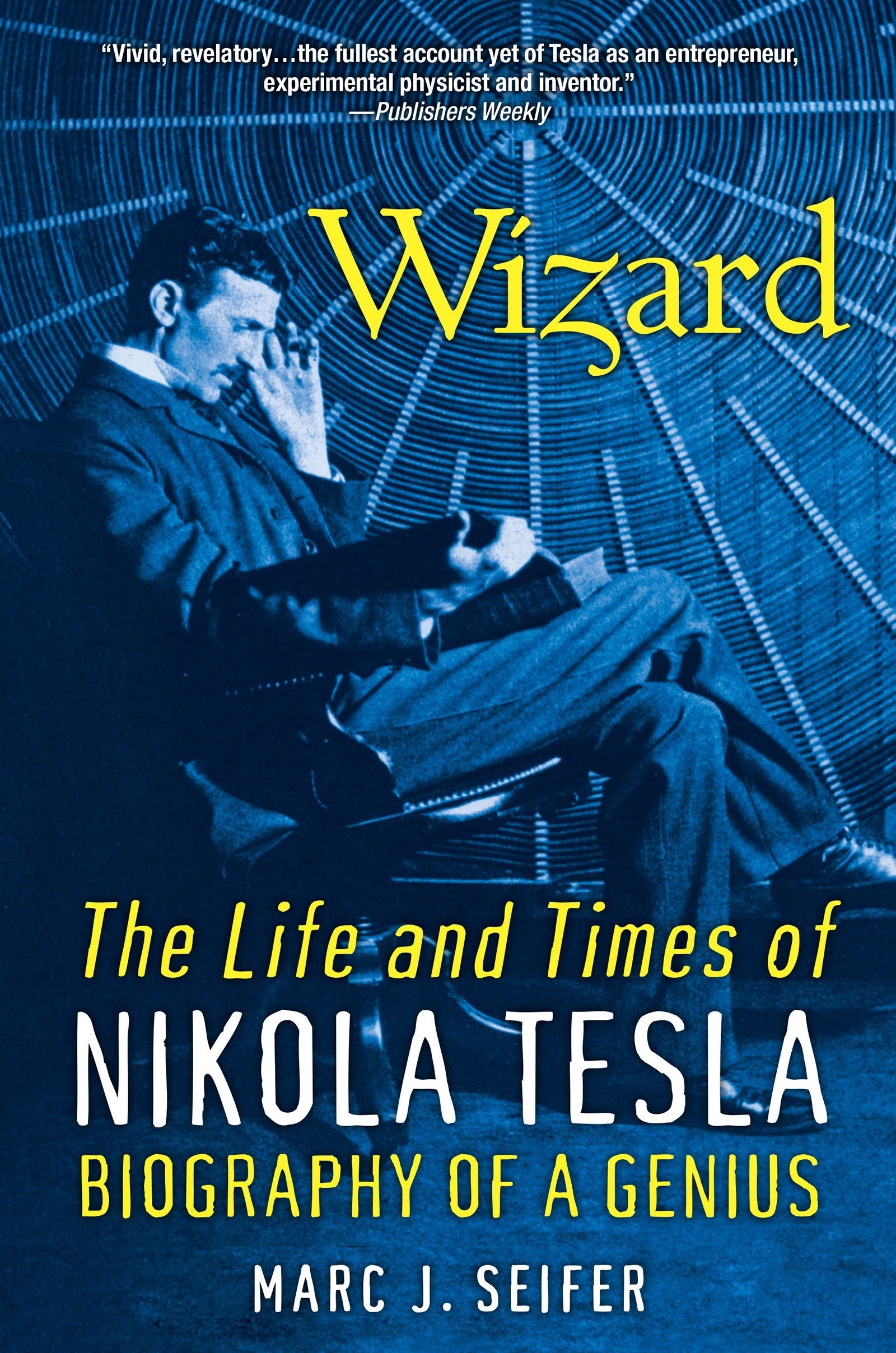 Wizard: The Life and Times of Nikola Tesla by Marc J. Seifer

Tesla has been written out of history, but he was undoubtedly the greatest scientist/inventor that ever lived. His story, and his inventions are amazing. Among his discoveries were the alternating current, The Tesla Turbine, The Tesla Coil, Radio (it wasn’t Marconi), Remote Control, Magnifying Transmitter, Neon Lamp, Shadowgraph, X-ray, the Induction Motor and much more.

Edison got his own name in the history books because of his connections; time has shown that Edison actually stole many of Tesla’s ideas. Even Einstein acknowledged his genius when he was asked how it felt to be the smartest man on Earth, he replied, “I wouldn’t know. Ask Nikola Tesla”.

Nikola Tesla was a humanitarian on a mission to change the world, but he was blackballed by powerful people who had vested interests in the oil and energy business. Had he been supported we’d have likely had the first mobile devices in the 1920s and free, clean energy all over the world. 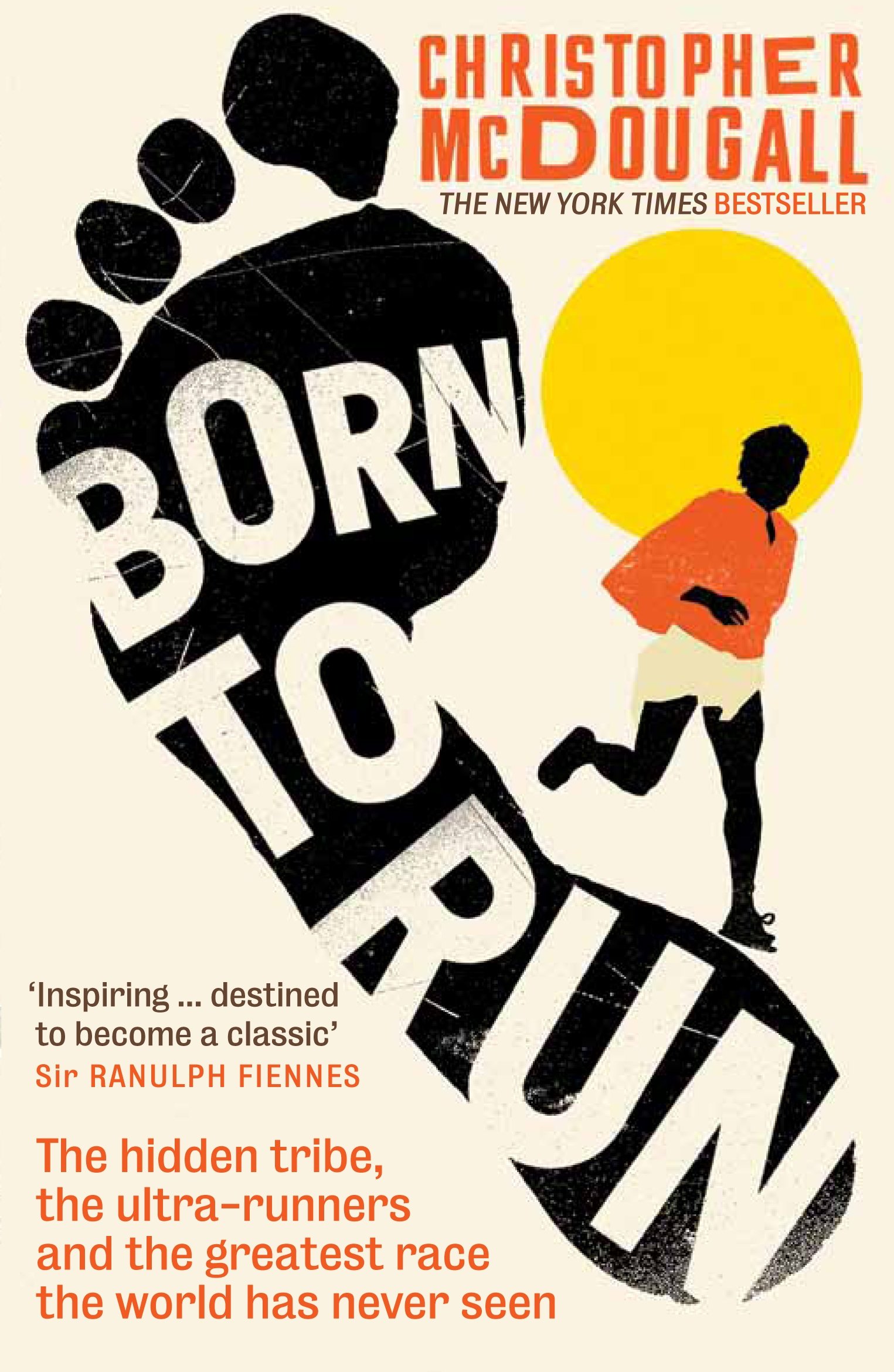 Born to Run: The Hidden Tribe, the Ultra-Runners, and the Greatest Race the World Has Never Seen by Christopher McDougall

This is one of my favourite books and everyone to whom I have recommended it, has loved it. It tells the story of the Tarahumara people, who live in Mexican canyons and are reputed to be the best distance runners in the world. Christopher McDougall spent time with the Tarahumara in the canyons to learn their secrets.

He tells how they are able to run long distances often barefoot and in lightning fast times. The book is infused with tales of amazing feats, characters and spiritual discovery. The tale of the American hermit Caballo Blanco who lived with the Tarahumara is an amazing story in itself. 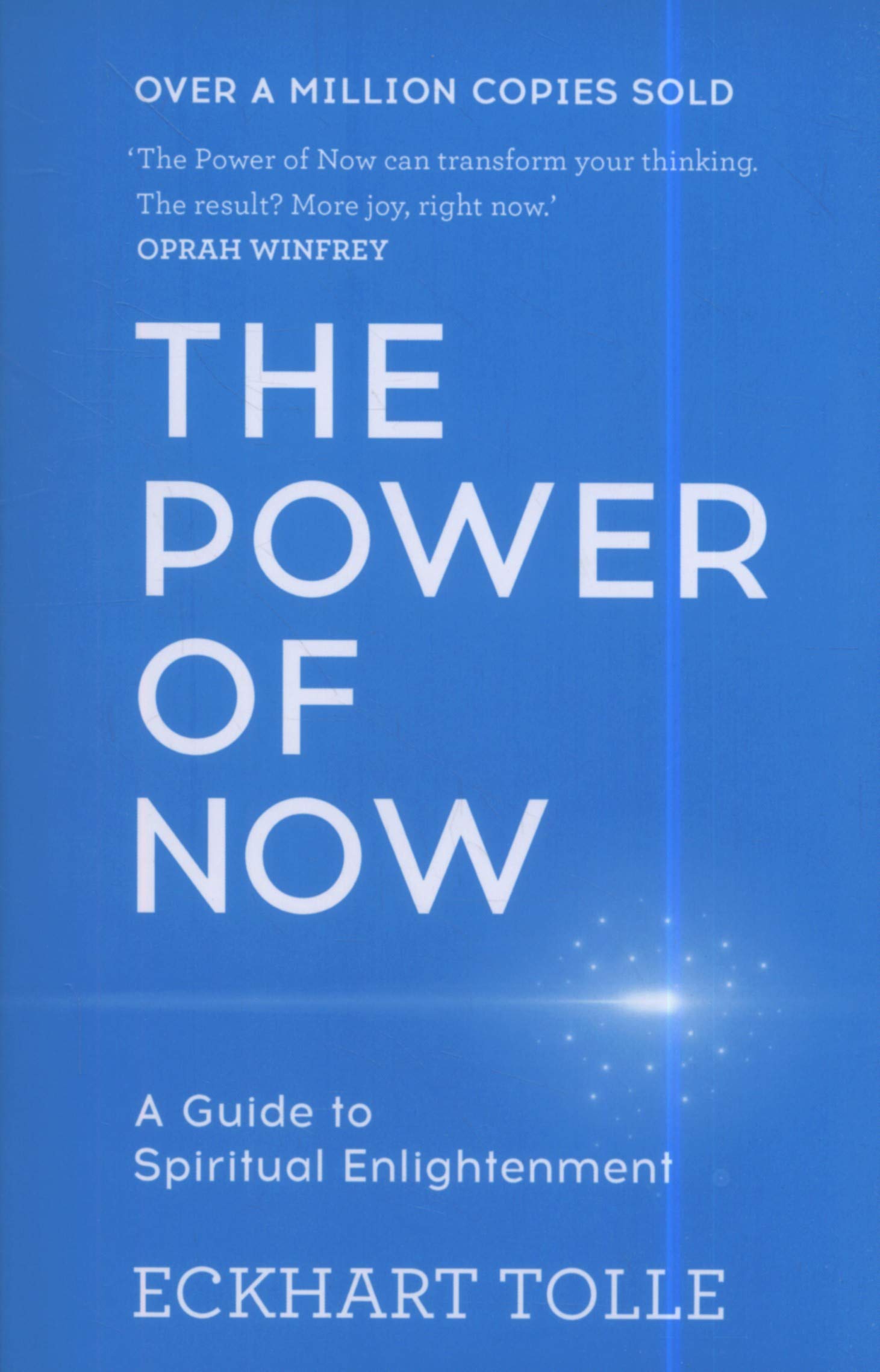 The Power of Now by Eckhart Tolle

This is a wonderful book by Eckhart, and one of the top selling books in the self-help genre. I met Eckhart after one of his seminars in Malibu as we shared the same app developer at the time, and I had a one to one with him.

Everything I saw and heard about Eckhart during my time on the label was authentic; he walked his talk which is not always the case with many self-help ‘gurus’. 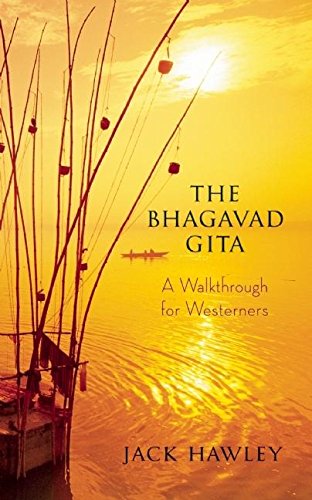 The Bhagavad Gita: A Walkthrough for Westerners by Jack Hawley

Swami Sri Prabhupada was told by his spirit guides that his specific mission was to take Krishna consciousness to the Western world, who were in need of enlightenment. So, in 1965 at the age of 69 with very little money, he took a boat from India to New York.

He had very few contacts in the USA and upon his arrival he would walk the streets of New York chanting the Hare Krishna mantra and giving out books and leaflets he had brought from India, which included The Bhagavad Gita. He had arrived there at the time of the counterculture revolution in the mid 1960s, and it was hippies who were the first to listen to his words of wisdom. He taught the hippies that it was meditation, chanting and purification rather than drugs that would help them find what they were looking for. Slowly more and more people began to take on Prabhupada’s Krishna Consciousness teachings.

When George Harrison and John Lennon from The Beatles became followers, the movement really began to attract publicity. The Hare Krishna Maha-Mantra performed by George Harrison and the London Radha Krishna Temple became a hit in the UK charts in 1969.

Today the Krishna Consciousness movement has millions of followers and hundreds of temples and centres around the world. They operate independently to protect the movement as a whole, but their collective aim is to spread peace and love and raise the consciousness of the world. 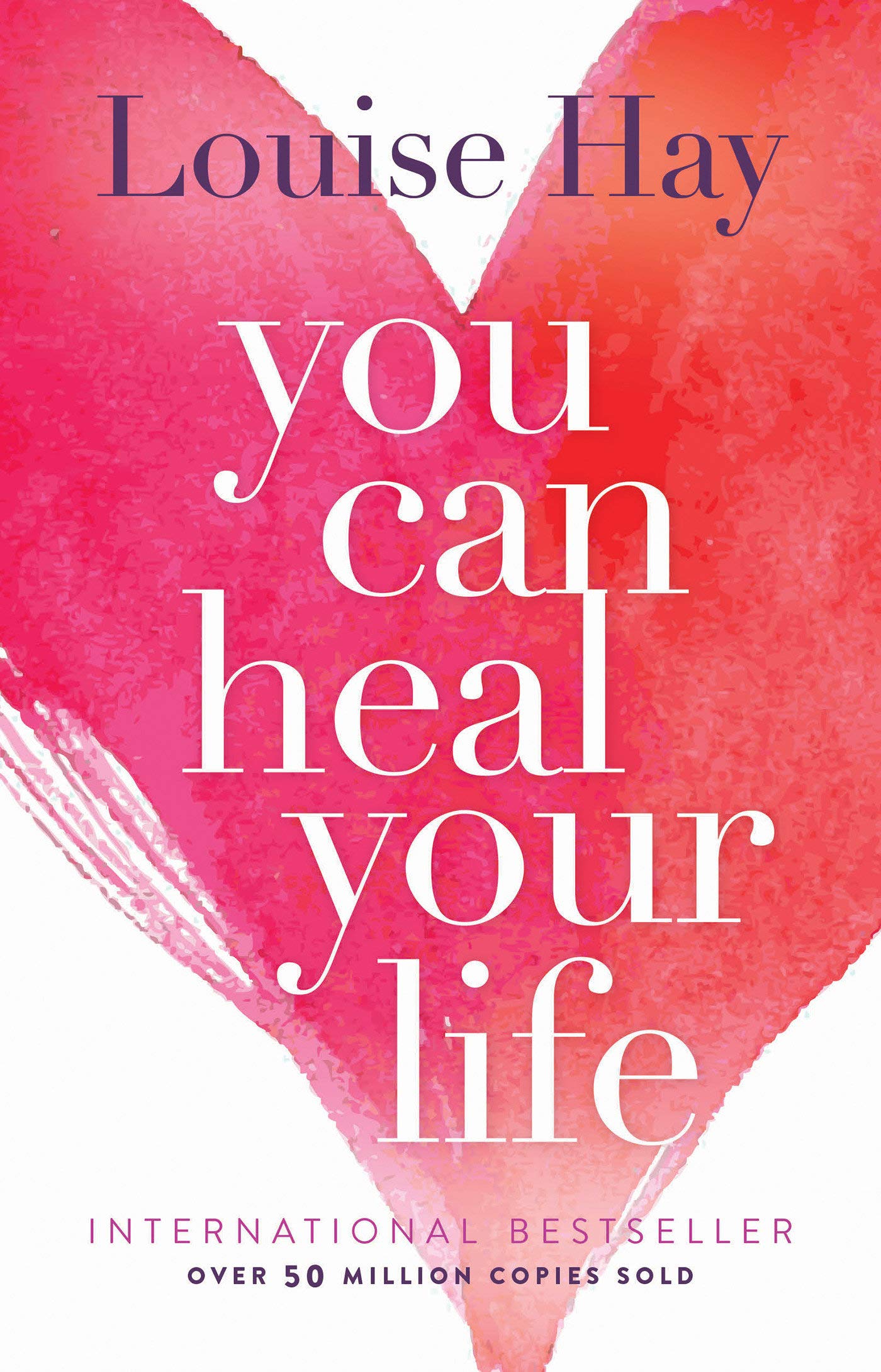 You Can Heal Your Life’ by Louise L. Hay

This book was first published in 1984 and was one of the first books I read that offered an alternative view to healing and health. It opened my mind and took me on a journey of healing that I’ve never looked back on, exploring the relationship between the mind and the body and showing how the mind can heal many physical issues.

The book offers a powerful key to understanding the roots of our physical diseases and discomforts and the appendix at the back of the book gives specific emotional causes for ailments and disease in different parts of the body.

This book was recommended to me by a shaman in the jungle in Panama a few years ago. I was learning about shamanism at the time and this book took my knowledge to another level. 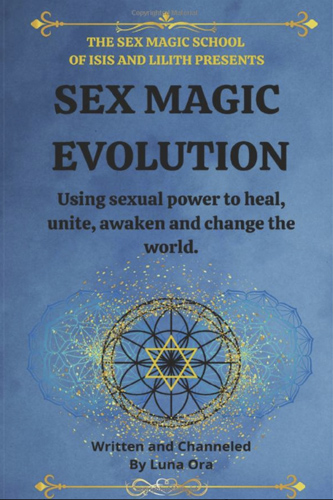 The Feminine and Masculine have been experiencing feelings of separation, abandonment, betrayal, resentment, jealousy, anger, fearing each other, not understanding one another, irritated by the other, and an overall distrust for so long. Sex has been used as a weapon not only against men and women, but against children as well, and this natural power we all naturally possess as humans has been hijacked from us by dark forces. This book gives us another chance as humans to build a healthy, divine relationship and a sexual union. An art that has been long forgotten.

Letting Go: The Pathway of Surrender by David R. Hawkins

Letting Go describes a simple and effective means by which to let go of the obstacles to Enlightenment and become free of negativity. During the many decades of the author's clinical psychiatric practice, the primary aim was to seek the most effective ways to relieve human suffering in all of its many forms. 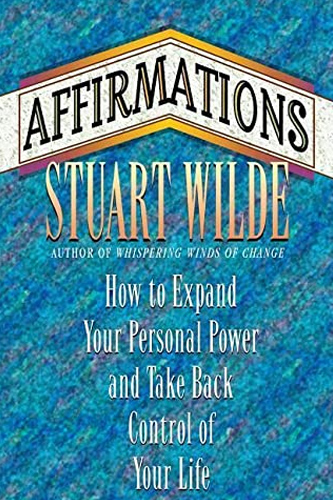 Affirmations: How To Expand Your Personal Power And Take Back Control Of Your Life by Stuart Wilde

‘Life was never meant to be a struggle, just a gentle progression from one point to another, much like walking through a valley on a sunny day.’ - Stuart Wilde

This inspirational book serves as a magnificent battle plan, where you learn to expand the power you already have in order to win back absolute control of your life. 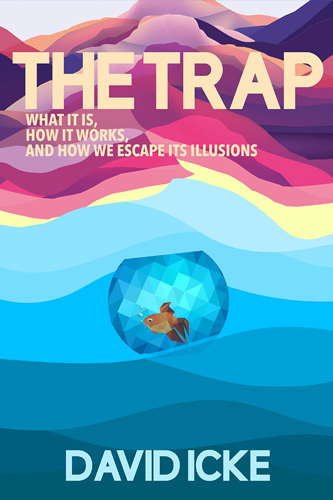 The Trap: What it is, how it works, and how we escape its illusions by David Icke

David Icke's time has come, and The Trap could not have been published at a more important and relevant time or with such a now receptive audience to what he has to say. 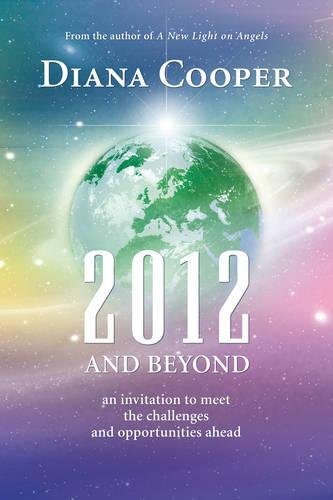 2012 and Beyond: An Invitation to Meet the Challenges & Opportunities Ahead by Diana Cooper

This book was written in 2009 and focuses on the year 2012 and the shift in consciousness that takes place. It talks about the greatest ever opportunity for spiritual growth, which is exactly what we are seeing now.

Diana writes about the ancient prophecies for 2012; what was to happen in that year and the incredible changes the world will see in the twenty years beyond. Many of the predictions in this book have come true. The book also offers practical information to help us deal with the transformational shift the world is now experiencing. 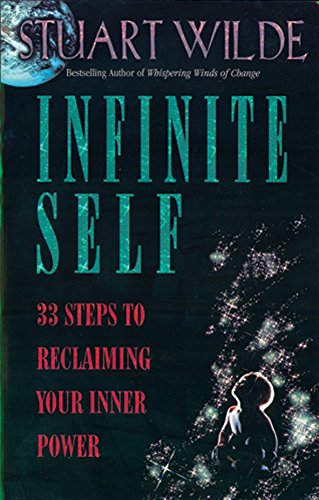 Infinite Self: 33 Steps to Reclaiming Your Inner Power by Stuart Wilde

This is a self-help book in every sense of the word; a step by step guide on how to transcend ego and superficiality and to raise consciousness. I loved this guy’s early work, as his books like Infinite Self are full of humour and deep Eastern wisdom.

Ursula James Hypnotherapy
Ursula James, premier hypnotherapy practitioner and teacher in the UK. She has written books on Clinical Hypnosis and helped people with her unique method.