Glenn’s start in life was colourful to say the least. From the age of 12, he often slept rough on the streets as a result of a dysfunctional home life. At 15 he was expelled from school. He then fell in with the wrong crowd, and experimented with drugs and alcohol and was on first name terms with the local magistrate!

After a major health scare at 17 caused by excessive alcohol abuse and a warning from a doctor, he took the necessary measures to free himself from his old destructive ways.

Today Glenn is a world away from those self-destructive patterns of behaviour. He is a non-smoker of 25 years, a vegetarian, a fitness fan and drinks only very occasionally. He plays club tennis five times a week, practises yoga, swims, and uses self-hypnosis and meditation to achieve his goals. 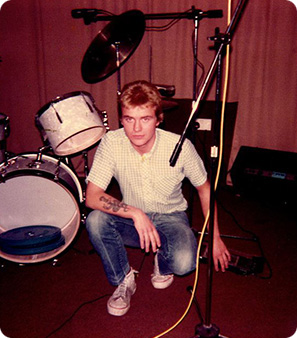 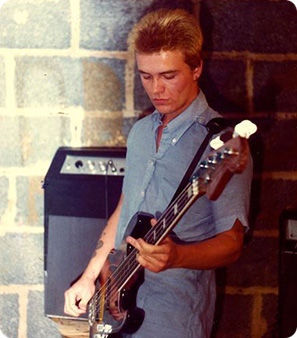 Before becoming a hypnotherapist, Glenn turned to music, and was a performing and recording musician who made his living playing guitar in bars and clubs. In his teens as a punk rocker he played bass guitar in a band called The Vagrants, who morphed into the Sugar Ray Five.

In 1983, they won £10,000 in the BBC 1 national Battle of the Bands. They were then signed to a major label, released a few singles and appeared on various TV shows, but their brush with fame was brief (see music page). 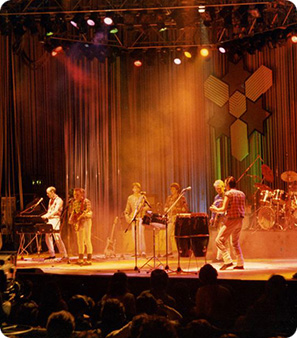 Glenn’s interest in hypnosis came about after sharing the bill with a stage hypnotist. He took this interest further and studied for two years with the British Society of Clinical Hypnotherapy (now LCCH) as he wanted to learn hypnosis to help and heal rather than entertain.

He began producing his first hypnosis tapes in the late 1990s, primarily to support his ever-growing number of clients. His passion for hypnotherapy combined with an extensive recording knowledge, enabled him to produce unique, high quality hypnosis recordings.

A Positive Frame of Mind

Glenn is thrilled that his work makes such a difference to people’s lives. "I still get a real kick that so many people from all over the world enjoy my recordings and get help from them," he explains. "I feel I’ve done okay for a kid who was kicked out of school at 15! It just shows the power of a positive frame of mind."

His enthusiasm for creating quality recordings was met with success from the start. "When I released my first tapes in 1997, I had no master plan other than a genuine desire to make the most effective tapes possible. Much to my delight and amazement the tapes sold well from the first day, when I sold them to a local chemist store. I literally used to drive round to a number of local stores selling them for a fiver a piece on sale or return!" 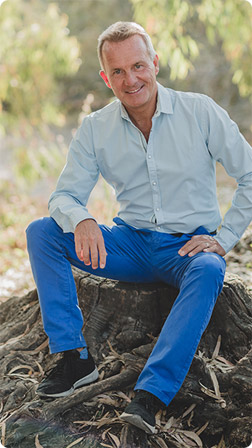 Glenn's entrepreneurial skills have allowed him to build his company Diviniti Publishing into a thriving business, producing and distributing high quality self-help MP3s, CDs, Apps, books and DVDs. Diviniti has signed a number of other authors and currently has a catalogue of over 100 titles.

The aim of the company is to publish and distribute self-help products of the highest quality that genuinely help people achieve great personal growth and overcome fears, problems or anxieties. Diviniti Publishing also has offices in the USA and Australia.

Glenn writes self-help books for Orion in the UK and McGraw Hill in the USA, and produces hypnotherapy CDs for BBC audiobooks and Diviniti Publishing. His best-selling CD title, Complete Relaxation, was awarded a gold disc for sales of over £250,000 from Robert Knight of Nielsen BookData in 2006.

He has 20 years experience as a clinical hypnotherapist in one to one therapy sessions, and in recent years he has worked with many high profile and celebrity clients. In May 2011 he was made a Fellow of The British Society of Clinical Hypnosis in acknowledgement of his achievements in the world of hypnotherapy (see Wikipedia). 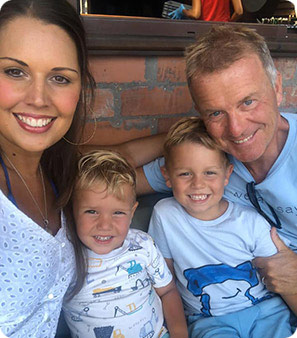 Glenn lives happily on the Algarve in Portugal with his wife Nicola and two young sons. His oldest son Lee and his wife Kavy have also joined them and live nearby. Both Lee and Glenn’s wife Nicola are well established hypnotherapists.

Glenn has written self-help books for Orion in the UK and McGraw Hill in the USA, and has produced hypnosis audios for BBC Audiobooks, Orion Publishing and Diviniti Publishing. His seventh book, The Answer (Orion Publishing) was released in January 2012 (Hardback) and September 2013 (Paperback) and the audiobook was released in March 2012. Glenn’s first four Orion Books, De-Stress Your Life, Look Young Live Longer, Lose Weight Now and Sleep Well Every Night were re-issued by Orion in January 2019.

Glenn has teamed up with a new literary agent and will be releasing a brand new abundance book in 2020 with a new UK and USA publisher. Glenn has recently released his first Mindfulness course on the Insight Timer Meditation App, and he is writing a second course on Sacred Abundance. Glenn’s audios on the world's leading meditation app Insight Timer have been listened to 6 million times, he has 130,000 followers, 100,000+ five star reviews and he is the sixth most popular author in this app out of many thousands.

In 2020 Glenn and his team launched an exclusive membership site: www.ghmembers.com

In Glenn’s own words: “The most rewarding aspect of my work is the many emails, phone calls, reviews and messages I receive from people all over the world who have been helped by using the Apps and MP3s. I love hearing how someone has overcome a phobia or achieved a big goal using my Apps. It is an honour and privilege to be doing this work! My aim is to continue to develop and improve my recordings, and create products that have genuine healing qualities."