Why Rock Stardom Is Dangerous

Why Rock Stardom Is Dangerous

I always wanted to be a rock star in my youth and I had a close shave when the band I played in, ‘The Sugar Ray Five’, won the 1983 UK Battle of the Bands. We won £10,000 a major recording contract and our show was broadcast on BBC1 to 14 million viewers. We did a number of TV and radio shows at this time and began to get recognised in the street. For a brief time it really was sex, drugs and rock and roll, and at 19 it was all I ever wanted!

Unfortunately due to a combination of drug induced paranoia and musical differences our success came and went like Haley’s Comet, and 3 months after winning the competition we split! Hey ho!

Over 30 years later I fully realise that music stardom was not my destiny, although I wouldn’t have understood that then! At that age my fragile ego wouldn’t have coped well with the adulation, and the excesses would have killed me! 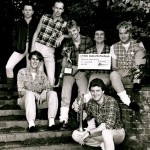 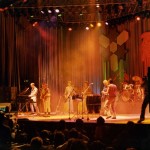 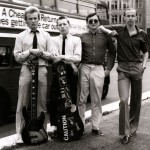 Nowadays I am selling over a million hypnosis recordings a year without much fuss and I get the most amazing feedback from people every single day. This one came in today:

“After a year of trying for a baby with no luck.. I finally got a faint positive on a pregnancy test during the month I listened to your recording (Preparing For Pregnancy)!! You have no idea how happy I am, and how grateful I am for everything you do! I’m going to wait a few days and get a blood test just to make sure. Thank you so so so so so much! You helped me create a life”

It doesn’t get much better than that does it! And I certainly wouldn’t have been able to help people like this if my path had been rock stardom.

Failing in the music business and the life struggles that followed have turned out to be a huge blessing. For years after the band split I continued to try and ‘make it’, later on I spent 5 years driving a taxi cab, 7 years on the cabaret circuit playing guitar in a covers duo…..then after supporting a stage hypnotist at a cabaret gig one night I had an epiphany! I decided to sign up for a 2 year hypnotherapy diploma course! This was a big turning point in my life and it gave me a new passion other than music. I immersed myself in the art of hypnotherapy and never looked back.

My journey is summed up in the Rolling Stones lyric…. “You can’t always get what you want, but if you try sometime, you just might find…You get what you need”.

Getting what I needed has certainly been the case for me. I am grateful that after missing out on rock stardom I studied at the ‘open university of real life’! Twenty years ago I lived in a tower block in a poor part of south London. At night I drove a mini cab around the West End to make ends meet. I had no money and really struggled to keep my head above water. I met many celebrities back then and have a few tales to tell! Maybe in a later blog! 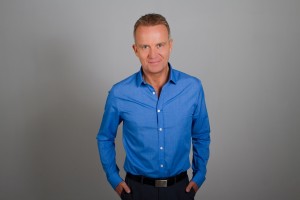 My struggles at this time taught me humility, compassion and much more, and it stood me in good stead for when I became a hypnotherapist and self-help author. It was a tough journey at times but a good one!

I have recently released three new recordings that I am very proud of. The Spiritual Healing one in particular has a very strong shamanic healing influence after my recent stay in Panama.

These three will also be added to iTunes, the Appstore and Android store in the very near future. I also have a number of other new titles in the pipeline including Healing Your Inner Child, which many of you have asked me for.

Thanks for reading and do add a comment below as I love hearing your feedback.